Click this box if you wish to email us.

Click this box if you wish to call us.

From 1983-1986 he attended, as “Assistant Etranger”, the Claude Bernard University in Lyon (Hopital Edouard-Herriot, France) carrying out specialization and research activities regarding abdominal and peripheral vascular surgery and kidney and pancreas transplants.
From 1986-1987 he attended the Thoracic and Cardiac Surgical Unit (Harefield Hospital-Harefield, Middlesex, United Kingdom) to increase experience in surgery of the thoracic-abdominal aorta and in cardiac surgery (heart transplants).
Since 1995 he has regularly attended the Baylor College of Medicine/ The Methodist Hospital – Houston, Texas headed by Professor Joseph S. Coselli to increase experience in the surgery of aneurysms of the thoracic and thoracic-abdominal aorta.
Member of the most prestigious Italian and International Vascular Surgery Societies.
Author of 9 monographs and more than 700 scientific papers in Italian and international journals; lecturer on matters concerning vascular surgery at more than 300 national and international congresses.
Scientific coordinator of the Vascular Update Journal which concerns the regular updating of international literature in the fields of Vascular and Endovascular Surgery.
Appointed member (D.M. May 28th 2008 – Ministero del Lavoro, della Salute e delle Politiche Sociali) of the Commissione di Programmazione (Planning commission) to put forward suggestions and opinions related to the institutional activities of the Italian Ministry of Health.
Board member of the French Society of Vascular Surgery (SCV – Société de Chirurgie Vasculaire de Langue Française) as delegate of the foreign fellows of the Society for 2007-10 and re-elected for 2010-13.
President elected of the French Society of Vascular Surgery for the year 2013.

Professor Roberto Chiesa is currently involved in the sector concerning the problems of surgery in the thoracic abdominal aorta region. His skills in this sector have led to him being called to be a member of the Committee to Define the Guidelines for Thoracic-Abdominal Surgery of the Aorta of the Italian Society of Vascular Surgery (SICVE). The guidelines are the national benchmark for this type of therapy. 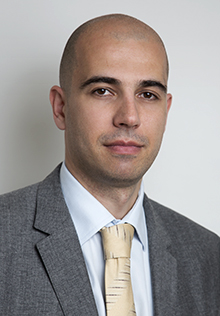 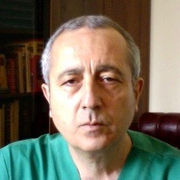 The European Society of CardioVascular Surgery (ESCVS) was founded May 31st, 1951, in the city of Turin, Italy, with statutes in Strasbourg, France, under the name of “Société Européenne de Chirurgie CardioVasculaire”. René Leriche was elected as president R. dos Santosas as vice president, G. Arnulf as secretary-general and R. Riveaux as treasurer. read more …

«All the have achieved is done to the gifts we got from our predecessors. We have profited from a plateform, that enables us to go further and higher...» - Rene Leriche (1879-1955)
Get In Touch
Copyright ESCVS - All Rights Reserved      Impressum | Kontakt
Back To Top
×
We use cookies to ensure that we give you the best experience on our website. If you continue to use this site we will assume that you are happy with it.OkRead more